I Am a 70 year member of the American legion

I graduated from Middleboro  Massachusetts Memorial High School in 1943 and was sworn in to the U. S. Marine Corps in September. I went through Boot camp in Parris Island S. C. and graduated in December 1943 as a Private First Class.  After a ten (10) day leave I was stationed at Tent Camp (now Camp Geiger) N. C. with a replacement Battalion.  In February 1944 I joined the 2nd Marine Division and was with the Division until the end of World War II. I was honorably discharge in 1946 at Bainbridge  MD. Upon returning home to Massachusetts I was in invited to  an Open House sponsored by the local American Legion Post which I joined. In January 1946 I reenlisted in the U. S. Marine Corps served the Corps for 17 ½ years then went to the U. S. Air Force and retired in 1963.

I have a AA Degree in Computer Science from Ocean County College and a BA degree in Information Science from Richard Stockton University.

My Legion experiences are as follows:

Also involved as the Post 39 and the County Liaison the Sons Of the American Legion . 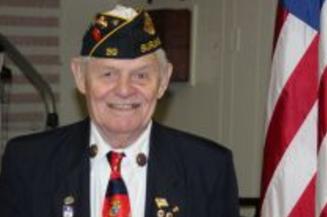 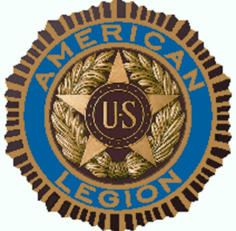